Syn-Ake is an anti-wrinkle active compound based on a synthetic tripeptide that mimics the effect of Waglerin 1, a peptide that is found in the venom of the Temple Viper, Tropidolaemus wagleri. The Syn-Ake peptide acts by reducing muscle cell contraction, smoothing mimic wrinkles in a short period, and is reversible. This compound was awarded numerous patents and was so effective that it was also lauded by the Swiss Technology Awards, because it was proven to reduce wrinkles by up to 52% and to create a smoothing effect by up to 82% within the first few weeks of application.

The effectiveness of SYN-AKE is oustounding: it has excellent skin smoothing properties and reduces the depth of facial wrinkles in just a few days. A study involving 45 volunteers confirmed these results. During this test, the use of SYN-AKE twice daily, reduced forehead wrinkles, by up to 52% in just 28 days. The in vivo studies dealing with crow’s feet confirmed the efficiency of the product. In vitro studies show that SYN-AKE, in a concentration of 0.5 mm, reduces the frequency of muscle contractions in innervated muscle cells by 82% (p<o.05) within only 2 hours.

Apply daily AM and PM on specific areas, such as frown lines, around eyes “crow’s feet” and smile lines. It should not be used directly under the eyes. 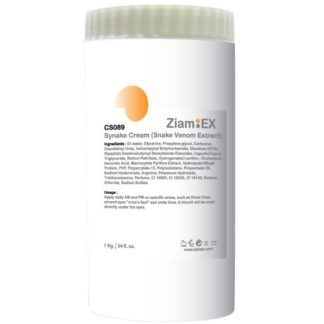